By Ellen Mitchell, The Hill 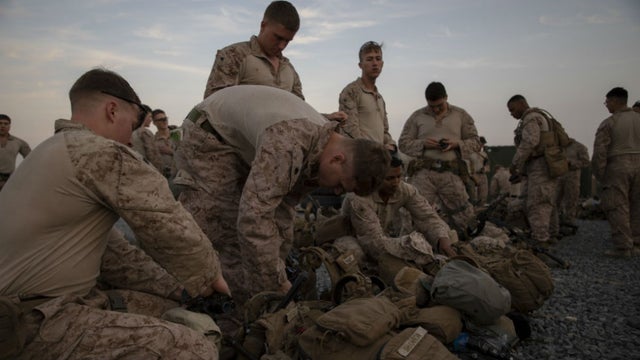 The White House on Tuesday confirmed the United States and Iraq next month would hold strategic talks on relations between the two countries and the remaining U.S. troops in Iraq.

“We look forward to renewing our Strategic Dialogue with the Government of Iraq over the month of April,” White House press secretary Jen Psaki told reporters.

Psaki said the two countries would discuss mutual security, culture, trade, and climate interests, and would “further clarify that coalition forces are in Iraq solely for the purpose of training and advising Iraqi forces to ensure that ISIS cannot reconstitute.”

The U.S. first invaded Iraq in 2003, leaving in 2011 but returning in 2014 to help quell the Islamic State in Iraq and Syria. About 2,500 U.S. troops are still there to help local forces fight the remnants of ISIS after the terrorist group in 2017 was pushed out of the territory it once controlled.

But opposition to U.S. forces has grown amid a tit-for-tat between the United States and Iran playing out on Iraqi soil, largely set off when a U.S. drone strike killed Iranian Gen. Qassem Soleimani in January 2020 while he was at the Baghdad airport.

Washington and Baghdad in June began negotiating the U.S. troop presence in the country under the Trump administration, and in September it was announced that more than 2,000 of the 5,200 troops there would withdraw.

Then in November, the-President Trump ordered another 500 forces to be pulled from Iraq by mid-January, going against the recommendations of military and national security leaders.

The April talks would be the first time the United States and Iraq have discussed the future of the U.S.-Iraq relationship under President Biden.

The Associated Press first reported Tuesday that Iraq has sent a formal request to the Biden administration for a date to resume the talks, which would specifically include discussions on the withdrawal of remaining U.S. forces.