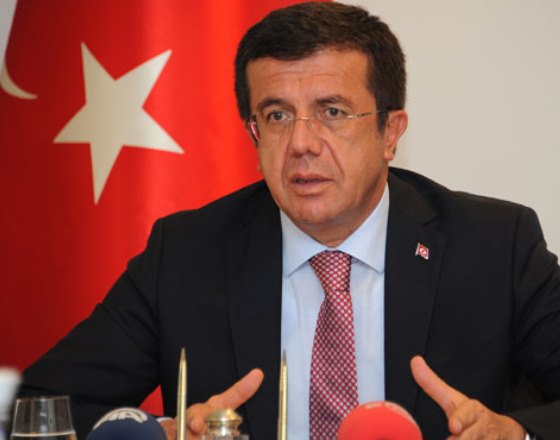 Turkey and Russia are exploring the option of using each other’s local currencies in their respective countries, especially in the tourism sector, Economy Minister Nihat Zeybekci said on Wednesday.

Regarding the deterioration of trade in wake of the last November jet crisis, which created significant tensions between the two sides, Zeybekci said he did not want to elaborate on the numbers since they were really disheartening and there was much to do to boost bilateral trade.

The minister is scheduled to meet Russian energy minister in October in Istanbul, where there will also be a major business forum within the scope of the Turkey-Russia Joint Economic Commission meeting.

Turkish Culture and Tourism Minister Nabi Avci said at the forum that Turkey was ready to do all the work necessary to take bilateral relations with Russia to highest levels.

“Some adverse events experienced very recently cannot damage the deep rooted relations in all aspects,” Avci said, speaking about the crisis that began after Turkey downed a Russian jet at the Turkish-Syrian border for violating its airspace on Nov. 24 last year.

He also said Turkey was ready to do everything to improve ties with its old friend Russia in “political, economic, cultural and humanitarian fields.”

Sixty-five journalists from Russia, including editors in chief and news directors of important media institutions are taking part in the Turkish-Russian Media Forum in Antalya together with their Turkish colleagues.