The invasion of Iraq was never really about oil 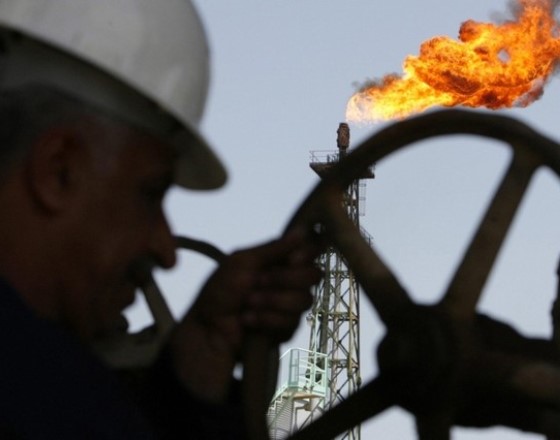 ‘The future shape of the Iraqi oil industry will affect oil markets, and the functioning of Opec, in both of which we have a vital interest," said a British Foreign Office paper in 2003. Such quotes are gold dust for campaigning groups highlighting the role of oil in the invasion of Iraq. And those groups complain that the UK’s Chilcot report into the war, released last week, brushes the subject under the carpet.

Investigators, such as the anti-oil group Platform, have done a valuable service in unearthing much documentation, mostly about discussions with BP and Shell. Of course, Iraq was important because of its oil – this gave Saddam Hussein the economic and military muscle to be a major regional force. And naturally, the major western companies were interested in Iraq.

But ideas that the war was about oil, that western oil companies were set to reap huge profits from Iraq, or that there was ever a coherent plan to use Iraq to transform oil markets, run into the inconvenient test of reality.

This is not to defend the invasion itself, or its shambolic and ruinous aftermath – a mix of gross incompetence and bad faith by the coalition authorities, abetted by an unsavoury Iraqi political class.

The Chilcot report covers only the UK’s small role in what was overwhelmingly an American initiative. The naivety of government officials, in the UK and the US, about the oil sector is striking. Tony Blair wanted to work with the US “to get action from others" in pushing oil prices down to maintain public support. Coalition officials apparently believed that Iraqis would welcome private investment, in defiance of decades of nationalism, and boost their own oil production sharply and so bring down prices.

Notable, too, is the disconnect between the government and the oil companies. Shell and BP certainly did not advocate invasion. Few expected the reconstruction of the Iraqi oil sector to be so laborious and dangerous, but the oil companies were more realistic about the risks. BP told the UK government that Iraqi oil output could reach 4 million barrels per day (bpd) within five years (compared with 2.1 million bpd in 2002). Government officials found this pessimistic – it actually took 12 years.

UK oil companies were concerned not to be shut out, but neither they nor the Americans were hasty to enter Iraq without a proper legal framework. Populist, nationalist and labour union opposition, along with perennial Iraqi political dysfunction and the Kurdish-Baghdad dispute, blocked any chance at a national oil and gas law, denying the country reconstruction and oil revenues.

The contracts finally awarded from 2009 were hardly lucrative, with margins of $1 to $2 per barrel, in practice paid only with long delays. Only one US company, ExxonMobil, ended up leading a field development and it was forced to reduce its share in West Qurna-1 after angering Baghdad by dealing with the autonomous Kurdistan region in 2011. Instead, the dominant players now are the Chinese, who partner BP in the giant Rumaila field, Russians and the neutral Malaysians, who had negotiated for years with Saddam Hussein’s regime but who never feature in western, leftist discussions of Iraqi oil.

The returns have been so poor that most investors have cut back spending or left altogether. At the same time, the flawed contract structure helped push Baghdad into a fiscal crisis this year, as it could not repay the oil companies’ costs. Nevertheless, all post-2009 production growth has come from the international companies.

Misconceptions and outright misrepresentations of the role of oil in the Iraqi debacle remain, spawning conspiracy theories about conflicts from Libya, Syria and Gaza to Afghanistan. The corrupt and sclerotic energy sector continues to hold back the economy and blight the lives of ordinary Iraqis. Searching the Chilcot report to justify decade-old slogans of “no blood for oil" does not help them.