Some investors are taking the 'long view' of Iraq despite war 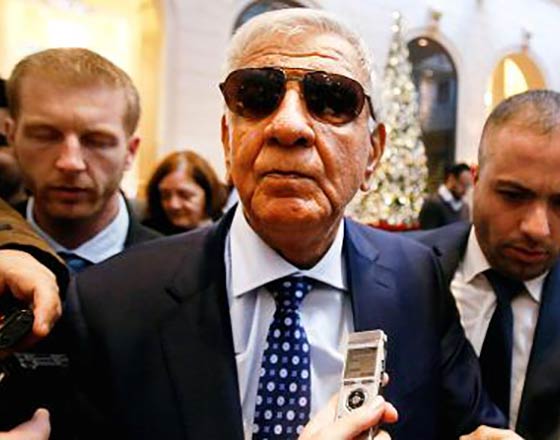 As Iraq's government battles against terrorists, a few investors aren't entirely deterred from seeing opportunities in the war-weary country, which has yet to ascend to formal emerging market status. Some are taking a "long view" that calibrates inherent risks against potential opportunities.

Iraq is gradually emerging from a brutal two-year economic downturn, coupled with a bloody conflict with ISIS conflict and still percolating civil strife that has wreaked havoc on its infrastructure and institutions. Last month, one investor told CNBC a full-fledged economic revival would take at least a decade to come to fruition.

Meanwhile, a few experts point to the oil rich country's vast natural resources, and a youthful and growing population that provides it with the manpower to achieve stability—eventually. Along with a growth rate predicted to top 7 percent this year, Iraq's underlying fundamentals make it a golden opportunity for investors brave enough to look beyond the sound and fury. So where might crafty investors place their faith—and funds?

Tabaqchali explained that rebuilding with the country's booming population in mind should help drive growth.

"Wholesale infrastructure, careful rebuilding of the economy and reconstruction of ISIS-liberated areas are key," he told CNBC in an interview from London, as will consumer consumption. "Iraq's young population is hungry to catch up with the rest of the world after all the years of conflict," he added.

As it stands, the stock market isn't an ideal place to park money, Tabaqchali added, citing figures that show less than 20 percent of Iraq's population holds an active bank account. Credit to the private sector currently stands at around 6.8 percent of 2014 growth, the fund manager said—which could benefit from the adoption of the "banking culture" that exists in more developed nations.

As the fog of war dissipates, telecommunications, mobile and Internet also stand to benefit, Tabaqchali added.

First, the war-torn country must guard its assets against terror and collateral damage, said Asha Mehta, lead portfolio manager of Acadian Asset Management, which holds around $70 billion under management) in developing market assets.

Currently, Iraq lacks a formal financial custodian that can hold funds. Without confidence that invested capital will be returned—and because Iraqi markets are generally illiquid—direct investment opportunities are limited for most investors.

However, Mehta points to recent positive developments that can ease investor concerns, including a financial lifeline from the International Monetary Fund, rising commodity prices and strong growth. Just this week, the IMF completed a review of a more than $5 billion tranche of funding that will immediately free up around $618 million.

It all creates what Mehta called "bottom up opportunities …[in] a volatile market." The long-view requires not only patience, but a solid time horizon tied to real progress on the social front.

"Returns may be sentiment driven, so even thinly traded markets such as Iraq have the potential to boast strong returns. For example, progress on the military front in Iraq could be a catalyst for market level returns," said Mehta.