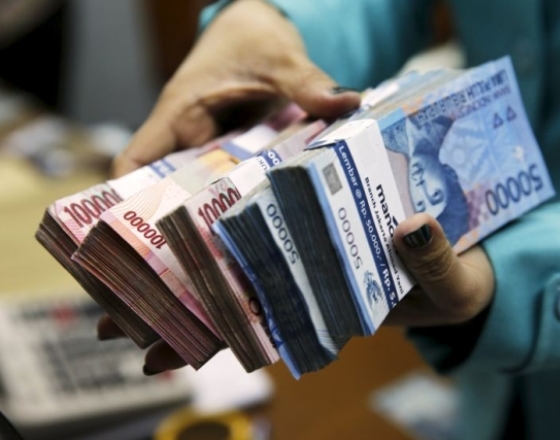 Most emerging Asian currencies rose slightly in volatile trade today, ahead of central banks meetings in the United States and Japan, as well as expectations of massive economic stimulus from Tokyo.

Most emerging Asian currencies started the day firmer as regional stocks climbed to fresh one-year highs. But they briefly turned direction as the yen fell on media report Prime Minister Shinzo Abe will announce an economic stimulus package worth 27 trillion yen (RM1.04 trillion). Abe later said his government would compile a stimulus package of more than US$265 billion (RM1.079 trillion), another media reported.

Regional currencies rebounded as the yen recovered some of its losses after the finance ministry denied another report that it was mulling the launch of 50-year government bonds.

Those reports came amid expectations the Bank of Japan may announce further monetary stimulus on Friday, although some market watchers say what the BOJ will do is too close to call.

If the central bank further eases policy, that will give investors more ammunition to hunt for higher yields in emerging Asian countries, analysts said.

The US Federal Reserve was also expected to keep interest rates unchanged this week, deferring any possible increase until September or December, even as investors were closely awaiting any hints for a hike. The Fed started a two-day policy meeting yesterday.

“In the coming weeks, we expect EM Asian currencies to strengthen after the Fed and the BOJ meetings,” said Qi Gao, an emerging Asian currency strategist for Scotiabank in Singapore.

“The Fed may say US macro is improving, however, it could mention global economic and financial uncertainty as well. Maintaining odds of the Fed rate hikes at a certain level is in the Fed's interest, but the Fed is less likely to tighten aggressively.”

Still, some analysts expected only some emerging currencies to benefit from such easier monetary policies.

Recent gains in regional units, especially after Britain's vote to leave the European Union, were seen as excessive, they added.

“Some of the post-Brexit gains are overdone. Some of them like KRW and TWD may weaken,” said Nordea Markets' senior analyst Amy Yuan Zhuang in Singapore. South Korea and Taiwan compete against Japan in export markets.

But the Thai baht could strengthen if the BOJ eases, as the country supplies goods to Japan, she said.

The rupiah gained as financial markets welcomed the appointment of Indrawati as Indonesia's new finance minister.

“Sri Mulyani is the right person. For Indonesian people, she is like Janet Yellen,” said a currency trader in Jakarta, referring to the Fed chief.

The trader expected more capital inflows with the appointment, saying the new minister may be better able to tackle fiscal problems than the current Bambang Brodjonegoro.

The central bank was suspected of defending the 13,080-per-dollar level recently, they added.