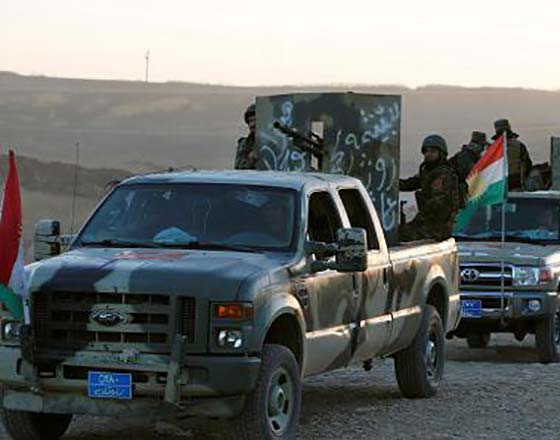 War-torn Iraq recently got an unexpected boost on its way to becoming an investment hot spot, which may take its next step sooner than conventional wisdom suggests.

To be sure, Iraq's B+ credit rating is still deeply entrenched in speculative, or junk territory. The low rating reflects what Fitch analysts called political risk and instability associated with the conflict-ridden country that's "among the highest faced by any sovereign rated by Fitch."

Yet as a marker for big institutional buyers like hedge funds and sovereign wealth arms, Fitch's vote of confidence could mark the start of a broader shift among investors about Iraq's long-term potential. The upgrade could be pivotal for a country still considered besieged, but considered by a handful of savvy market watchers to be a potential diamond in the rough.

"Some analysts say that investors believe that with solid oil reserves and other sectors to build upon, Iraq could have serious growth potential," said Stephen Simonis Sr., chief currency consultant at online currency broker FXDD Global.

"Clearly this can be looked at from either side, as the willing investor will point out the huge risk/reward possibility as the upside is very enticing," Simonis told CNBC. "The doubting investor will say the region remains too unstable and the situation remains far too volatile."

Iraq remains a country to approach with caution, analysts say, roiled by an ISIS insurgency and civil strife. Yet Fitch's revised outlook could be a green light for buyers of Iraq's assets, especially at a time when smaller institutional and private investors are seeking long-term opportunities.

In fact, Iraq's stock market has already been running with at full steam since at least last year, with investors discounting an end to a bloody conflict that's lasted since the 2003 invasion. Some are looking ahead to the reallocation of military spending and the potential boost to infrastructure spending and economic revival.

While foreigners have been mostly absent from the equity market for the month of March, some are already looking for signs that the Fitch decision could reverse this dynamic.

In fact, Iraq's sovereign risk premium has narrowed in an environment of rising yields, just after the country tapped capital markets with a second $1 billion bond offering.

"It seems logical to conclude that this implies favorable interest in Iraq and that it would likely be followed by foreign direct investment and eventually by equity inflows," Tabaqchali said.

Although Iraq joined other OPEC members in a production cut - a challenge for the country's oil-reliant economy — some analysts believe the oil sector is managing to stay afloat in an environment of lower prices.