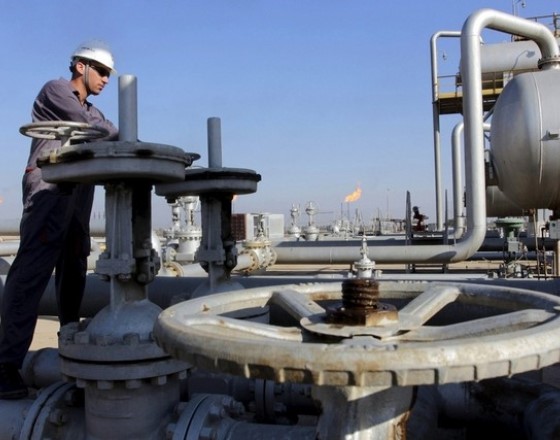 Iraq’s oil industry, which just a few years ago promised to boom and provide funds to rehabilitate the country’s war-torn economy, is struggling to find the investment to maintain its production levels.

In the latest blow, Genel Energy, one of the largest operators in the Kurdish region, said on Wednesday that it would slash capital expenditure (capex) this year to between US$50 million and $90m, compared with last year’s $150m.

The southern part of the country, which accounts for the largest share of output, is also being squeezed, with the Italian oil company Eni the latest to cut spending there in the face of the global industry recession.

The squeeze on investment is down not only to the oil price crash, but also to the ongoing war with ISIL terrorists and the inability of the Iraqi government to find a lasting budget solution that would include a stable revenue flow for the Kurdish region.

Even so, Iraq managed to reach a record level of production last year, increasing output by 650,000 barrels per day to average about 4 million bpd over the course of the year.

That made it the biggest incremental contributor to the world oil market after the United States, whose unexpected shale oil boom has been widely cited as the main culprit for the current world oil glut.

But Iraq’s gains have fallen well short of what had been originally mapped out after the toppling of Saddam Hussein – government and industry types had made bold predictions of going to 6 million and then to 12 million bpd– and now the stalled investment by international oil companies looks likely to stymie further gains.

Genel, which is a joint operator of the Taq Taq field and has a 25 per cent interest in the Tawke field, said it had received four payments through last month totalling $100m, adding that actual spending this year would depend on the Kurdistan Regional Government (KRG) maintaining those payments.

In its trading statement ahead of fourth-quarter results in March, Genel warned that spending “will depend on the regularity and quantum of export payments, as well as the technical results of the work programme”. Other companies have issued similar statements, including Dana Gas, which is one of several UAE companies with an interest in the region.

They include RAK Petroleum-controlled DNO, which is the operator and 55 per cent owner of Tawke, as well as Taqa, which operates the Artrush field.

The KRG, meanwhile, said the cost of war, sheltering refugees, oil prices and battling the central government for funds has it on the verge of bankruptcy.

KRG’s deputy prime minister Qubad Talabani said in an interview with Reuters this month that his government has been running an unsustainable deficit of more than $700m a month and is in dire need of international assistance.

Already there are signs that output is being hit by the lower investment.

Genel said that production from Taq Taq and Tawke continued to decline in the fourth quarter, “primarily because of a suspension of drilling and completion activity during the year”, adding that “production in the first half of January 2016 at Taq Taq had averaged 83,500 bpd and at Tawke 123,000 bpd”, sharply down from their combined average rate of 251,300 bpd for last year.

“As far as southern Iraq is concerned, capex budgets are slashed, but they still exist,” said a well-placed Iraq industry analyst.

“So in Zubair [one of the large southern oilfields], Eni [the field’s operator] has been asked to reduce its capex for 2016 by $200m, to $1.8 billion, just enough to maintain current production capacity of 350,000 bpd ... On the whole, we might see some new output this year based on projects already in the pipeline, but little prospect of growth” because of natural decline in existing fields, he says.

In its report last week, the International Energy Agency in Paris noted that output for the whole country in December edged down 30,000 bpd to 4.26 million bpd, with exports down 200,000 bpd at 3.8 million bpd.

“A sharp decline in oil prices is taking a toll on the country’s budget,” the IEA noted.

With the federal government asking international oil companies to freeze investment levels, the severe problems faced by the KRG in the north and the additional competition from Iran for scarce investment after sanctions were lifted, the IEA expects Iraqi production to stay flat at best this year.