Iraq to reopen borders for trade, bring back sports and dining 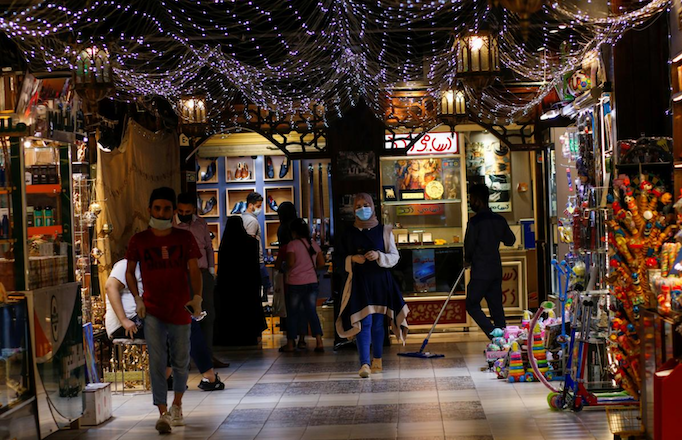 CAIRO (Reuters) - Iraq is reopening its land border crossings, restaurants, hotels, and bringing back sporting events without spectators, the prime minister said on Monday, three days after it recorded its highest daily increase in coronavirus infections.

Land crossings would be open for trade only so as to secure local market needs, Prime Minister Mustafa al-Kadhimi said in a statement. Restaurants and five-star hotels must adhere to public health guidelines, he added.

Sporting events would resume as of Sept. 12. Government agencies can now bring back to work up to 50% of their employees, he said.

Kadhimi said the electoral commission would be allowed to open voter registration centres and that its employees would be exempt from curfew.

The prime minister took office in May as the third head of government in a chaotic 10-week period that followed months of unrest in a country exhausted by war with Islamist militants, corruption and economic decay.

He was appointed to head a government tasked with organising an early election, a main demand of anti-government protesters who staged months of mass demonstrations last year, and has called one, to be held in June.