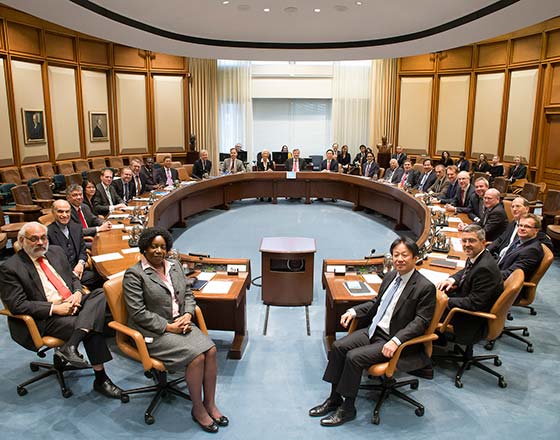 The Executive Board of the International Monetary Fund (IMF) today completed the first review of Iraq’s three-year Stand-By Arrangement (SBA), which is designed to support Iraq’s economic reform program and restore fiscal balance over the medium term. The Board also completed financing assurances review under the SBA. The SDR 3.831 billion arrangement (about US$5.34 billion at the time of approval) was approved in July, 2016 (See Press Release No. 16/321) . The Board’s approval enables the disbursement of SDR 455 million (about US$617.8 million).

As part of the completion of the first review, the Board also approved Iraq’s request for a waiver for the non-observance of the continuous ceiling on new external arrears, and request to modify performance criteria. The Board also approved the request for a waiver of applicability for end of September targets of four performance criteria on the floor on gross international reserves (GIR) of the Central Bank of Iraq (CBI), the ceiling on net domestic assets (NDA) of the CBI, the ceiling on the stock of outstanding arrears to international oil companies and the ceiling on the stock of gross public debt, as well as a request for the rephasing of the arrangement.

The economic policies implemented by the Iraqi authorities to deal with the shocks facing Iraq—the armed conflict with ISIS and the ensuing humanitarian crisis and the collapse in oil prices—are appropriate. In the fiscal area, the authorities are implementing a sizable fiscal adjustment, mostly through retrenchment of inefficient capital expenditure while protecting social spending. In the external area, the authorities are maintaining the peg of the Iraqi dinar to the U.S. dollar, which provides a key anchor to the economy. Performance under the Stand-By Arrangement has been mixed; however, understandings have been reached on sufficient corrective actions to keep the program on track. Resolute implementation, together with strong international support, will be key.
The revised fiscal program in 2016 and the draft budget in 2017 are aligned with the SBA. The composition of the fiscal adjustment should be improved over time by increasing non-oil revenue and reducing current expenditure, including the payroll and pension payments, and reforming the electricity sector, subsidies, and state-owned enterprises, in order to make room for larger but more effective and efficient investment expenditure that is conducive to growth.

Significantly improving public financial management will be important. Arrears need to be assessed and paid following verification, and expenditure commitment and cash management should be strengthened to prevent the accumulation of new arrears.

Measures to bolster financial sector stability include strengthening the legal framework of the Central Bank of Iraq, restructuring state-owned banks, and eliminating exchange restrictions. Measures to prevent money-laundering, counter the financing of terrorism, and strengthen the anti-corruption legislation also need to be implemented.