By Azhar Al-Ruabie for Al-Monitor 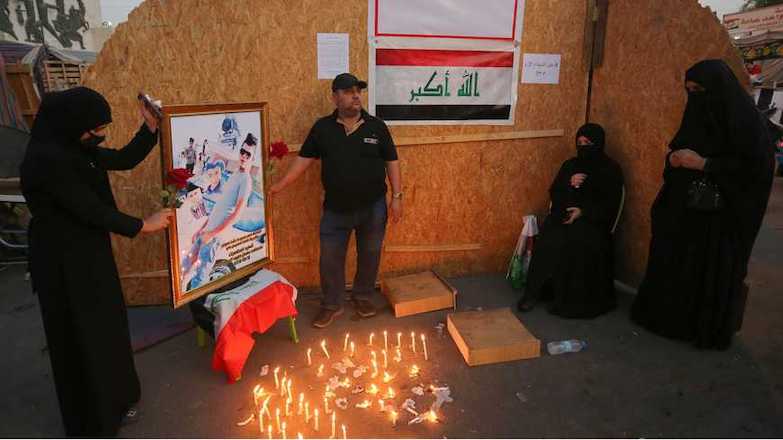 Iraqi Prime Minister Mustafa al-Kadhimi visited the city of Nasiriyah on Oct. 5 and confirmed that there are 270 uncompleted projects, some of them unfinished at least in part due to corruption and mismanagement. He promised to sort the problem out.

Putting an end to endemic corruption has been at the top of the list of demands of Iraqi protesters who took to the streets beginning in October 2019.  Other demands have included greater job opportunities, clean water and a steady supply of electricity; none have yet been fulfilled.

Iraq is ranked among the 20 countries with the most corruption in the world.

In an Aug. 26 report to the UN Security Council, Jeanine Hennis-Plasschaert, the special representative of the UN secretary-general for Iraq, warned, “Corruption remains endemic, and its economic cost untold as it continues to steal desperately needed resources from the everyday Iraqi, eroding investor confidence.”

Hennis-Plasschaert said poverty has risen sharply and that more than 3 million Iraqis cannot afford their food needs. In July, UNICEF said more than 31% of Iraqis now fall below the poverty line, as opposed to 20% in 2018.

"Iraq is expected to experience a 9.7% decline in GDP. Oil revenues, severely affected by a steep crash in oil prices, have nearly halved,” said Hennis-Plasschaert, who urged Iraqi politicians to move speedily forward with reforms.

Hennis-Plasschaert also warned about the increasing trend of "silencing of peaceful voices — by exerting pressure on activists and media, by confusing the scene or even worse, by shedding blood." Much of this is being done by outlawed militias backed by Iran.

Iraq's weak rule of law is the core reason for corruption as political leaders, influential businessmen and even tribal sheikhs exploit the system in their favor.

In his speech to the UN General Assembly last year, Iraqi President Barham Salih described corruption, as the "political economy of conflict."

In an interview with Al-Monitor President Andrew Parasiliti, Salih said, "Corruption sustains conflict. It causes social instability and discontent which are incubators for extremism. In many ways, terrorism cannot be sustained without funding and financing." He accused "corrupt elites" of being involved in the continuing conflicts in the country, as they "need instability, need crisis, thrive on crisis, and in one shape or form, they need the terrorist threat to justify their rule and stealing more money."

In August, Kadhimi ordered a high investigative committee to deal with "major corruption cases" and exceptional crimes. Kadhimi’s measures have included preventing some people of interest from leaving the country.

Kadhimi spokesman Ahmed Mulla Talal tweeted Sept. 19 that Kadhimi ordered that Lt. Gen. Jameel al-Shimmari be banned from traveling outside Iraq as a result of his involvement in the killing and wounding of protesters in November 2019 in Nasiriyah. Shimmari was the head of the security crisis cell in Nasiriyah and was also the head of operations in 2018 in Basra, a city that saw protesters killed by forces under his command.

Special forces under Kadhimi's direction arrested the previous director of the national retirement directorate, Ahmed al-Saadi, on corruption charges Sept. 15. Bahaa Abdul-Hussein, the director of the Qi Card company — which is contracted to facilitate the payment of retirement pensions — was arrested at the Baghdad airport on suspicion of corruption two days after Saadi’s arrest.

Qi Card, which has offices across Iraq, also provides payroll services. However, officials allege that Abdul-Hussein’s arrest had to do with a big money laundering network used by Iraqi politicians and top figures to deposit funds in Lebanon’s capital of Beirut.

Two other arrests were reported by the media, that of Agricultural Bank Director Adel Khadr in Baghdad, and Shaker al-Zamili, who heads the Baghdad Investment Commission, on Sept. 17.

The head of the Finance Committee of the Iraqi parliament, Haitham al-Jubouri, did not respond to repeated Al-Monitor requests for an interview, but did say in a televised interview that Iraqi Finance Minister Ali Allawi has failed to run the ministry properly. “The minister is unable to make financial and economic reforms, and he does not have a clear vision in the financial reform process," Jubouri said.

In August, Iraq’s Karkh Investigation Court for Integrity imposed a travel ban on former Electricity Minister Luay al-Khateeb and the former head of the financial and administrative department at the ministry, Falah al-Dulaimi, as part of a corruption investigation.

Khateeb, although he stopped being electricity minister in May, was entitled to live at the ministerial compound in Baghdad's Qadisiya area. On Aug. 10, security forces stormed Khateeb’s residence in the compound, searched the home, confiscated his computer server, evicted his staff and then left guards to protect the property.

Kadhimi’s measures are a right step in fighting corruption; however, the campaign has only targeted relatively minor figures and has not touched major ones affiliated with political parties and militias. Not to mention that the anti-corruption campaign has been politicized as parties are using it against their rivals.

In her May report to the Security Council, Hennis-Plasschaert described corruption as "the greatest source of dysfunction in Iraq," saying, "It works against the everyday Iraqi woman and man, and it also puts off donors and potential investors who are increasingly fed up with fighting 'the system' for a chance to help the country."