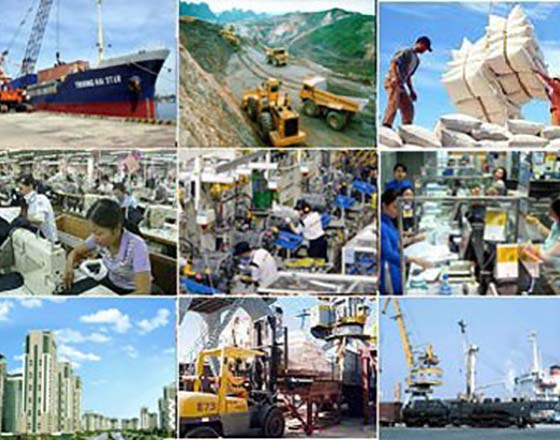 Speaking with DTiNews, Dr. Nguyen Tri Hieu said that Vietnam has set a GDP growth target of 6.7% and inflation rate of 4% for 2017, which is a big challenge as the country wants to both curb inflation while boosting GDP growth.

“The two goals of GDP growth and inflation control often do not support each other. Aiming for higher economic growth means that the country has to accept higher inflate rate,” Hieu added.

Dr. Hieu also noted that the US President Donald Trump may boost protectionist policies which restrict imports from many markets, including Vietnam. Meanwhile, the Vietnamese economy depends much on exports to the US.

According to Dr. Hieu, the Vietnamese dong will continue falling against the US dollar if the Federal Reserve further lifts interest rates.

Regarding the dong/dollar exchange rate, Governor of the State Bank Le Minh Hung said the dong lost only 1.2% of its value in 2016. However, analysts do not believe that modest depreciation will continue in 2017.

If US President Donald Trump expands fiscal policy, the US dollar would continue appreciating in the world market and capital flows would head for the US, putting pressure on new emerging economies like Vietnam.

Meanwhile, the zero percent ceiling interest rate on dollar deposits has made it less attractive to bring dollars into Vietnam.

Nguyen Duc Thanh, head of the Vietnam Institute for Economics and Policy Research, said that globalisation had exposed the weakness of many local firms and low-quality products meanwhile the administrative restructuring process is being carried out too slowly.

Vietnam was too dependent on FDI firms. 60% of export value was from 100%-foreign-invested firms, with Samsung alone accounting for 20% of this total. Thanh went on to say that this was dangerous because Vietnam might have to depend solely on Samsung but technology was ever changing, Thanh claimed.

Vietnam also needs better mechanisms to handle shocks that may come from the US under Donald Trump's presidency. The currency war between US and China would cause headaches for Vietnam and the world, he warned.