Bitcoin and other cryptocurrencies: what you need to know 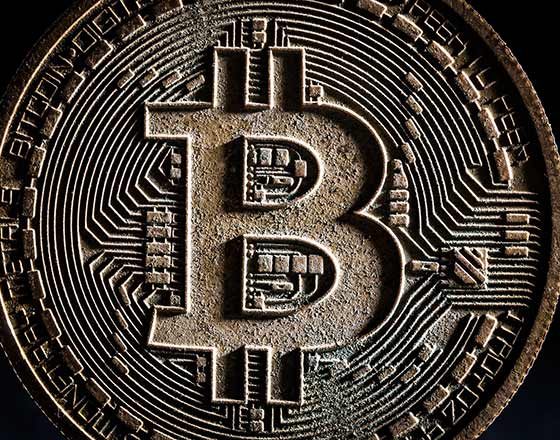 Created in 2009, Bitcoin has generated unprecedented interest this year, leaving many wondering:

What exactly is Bitcoin?

Bitcoin is simply a form of digital money. But it is also a ledger, a network, and a whole new way of thinking about transactions. But there's much more to Bitcoin than that. Read on:

Blockchain and the "double spend" problem

Digital money is more complicated than paper money. What stops someone from endlessly duplicating their digital money, or adding a few zeros to their savings? This is known as the double-spend problem, and blockchain does an elegant job of solving it. Here's MIT Assistant Professor and cryptocurrency expert Christian Catalini describing how it works:

A decentralized network of volunteer-run nodes ... vote on the order in which transactions occur ... The network's algorithm ensures that each transaction is unique … Once a majority of nodes reaches consensus that all transactions in the recent past are unique (that is, not double spent), they are cryptographically sealed into a block.

That's it — Bitcoin is run and secured by these blocks, which together form a kind of chain, Hence blockchain. Again, Professor Catalani:

Copies exist and are simultaneously updated with every fully participating node in the ecosystem….Every node that participates in the network can verify the true state of the ledger and transact on it at a very low cost.

In this way, everyone ensures everyone else is playing fair. It's built into the very heart of Bitcoin.

Can it really work?

At this point, few credible sources argue that Bitcoin (and the blockchain underneath it) is unsafe, insecure, or an inefficient way of making transactions. Rather, the big question is: can it scale into the widely adopted, borderless currency which its founders envisioned?

Let's take a more longitudinal view. Since its founding in 2009, Bitcoin has had a remarkable rise:

Which brings us to the very heart of what makes currencies useful in the first place — widespread adoption. And on that matter, only time will tell.

The real question for Bitcoin's future, besides adoption, is regulation. Spokespeople for some major US financial institutions, such as JPMorgan CEO Jamie Dimon, have expressed skepticism. Other financial institutions like Goldman Sachs are openly mulling how to implement Bitcoin trading into their organization. Fidelity Investments has gone even further, partnering with Coinbase to allow customers to monitor their cryptocurrency position within their Fidelity accounts. Universally, banks and financial institutions appear to be enthralled with the blockchain concept underlying Bitcoin, even if outwardly expressing skepticism about the currency itself.

Want to learn more about Bitcoin or have general Bitcoin questions? Submit them belowon the right in the Ask A Question section and we'll answer them in our Money Talks.