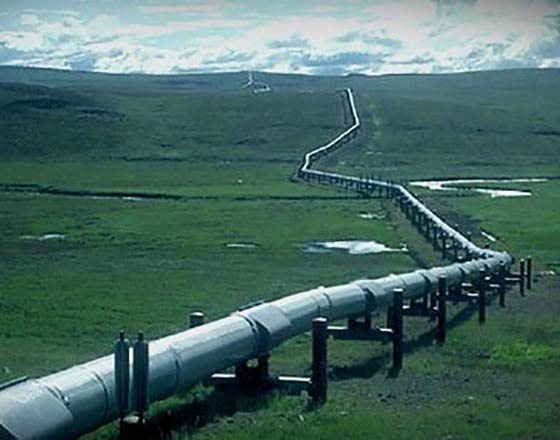 A network of pipeline connecting Iraq’s northern oil fields to the Turkish port of Ceyhan.

Baghdad (IraqiNews.com) Petroleum exports from Iraq’s southern outlets soared to 3.510 million barrels per day in December, an unprecedented rate for central and southern export spots, according to a statement on Monday by the oil ministry.

The ministry assured that the increase would not affect Iraq’s decision to slash daily production in line with an historic decision adopted by OPEC countries in a meeting in Vienna in December. It stressed on the country’s commitment to the reduction scheme that aims to achieve the common goal of controlling oversupply of oil in the international market.

The statement said the ministry felt "comfort" for the "gradual"”" improvement in petroleum prices after the application of the OPEC deal.

OPEC producers agreed in December to cut daily production from member states by 1.2 million barrels a day starting January. Iraq, which maintains the world’s second largest reserve after Saudi Ar Arabia, pledged to cut 210.000 barrels a day to 4.35 million barrels after a long-time reluctance as it had complained of a crisis-hit economy and struggle against terrorism.

Oil prices fell on Monday as increased exports from Iran undermined efforts by other oil producers to curb a global fuel supply overhang and as U.S. drillers increased activity for a 10th straight week, Reuters reported earlier on Monday.